Our CAT A refurbishment of one floor of an office building led to instructions for the refurbishment the common areas and part of the exterior and two further floors – resulting in a rolling two-year project. 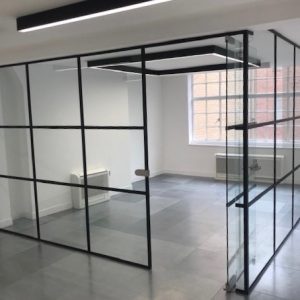 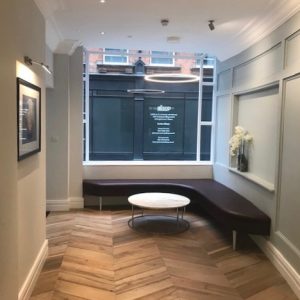 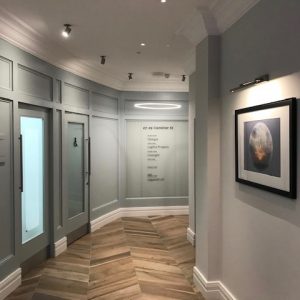 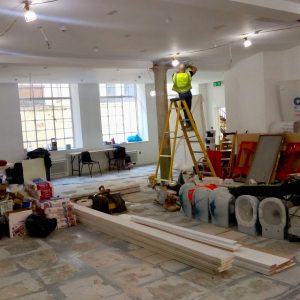 We competitively tendered and were initially instructed to refurbish a single floor of a five-storey office block with basement on Cursitor Street, central London. The contract was carried out with the care and attention given to all our projects, and this did not go unnoticed by the managing agent.

Savills and the landlords were so impressed that they asked us to negotiate the newly designed and complete refurbishment of the common areas, including reception, stairwells and toilets, and part exterior refurbishment, including the installation of new bike racks.

Although the building was fully occupied during the refurbishment of the common areas, which included supplying and installing new flooring and LED lighting, we worked with the client and tenants, including working weekends and nights, to ensure that the tenants and their businesses experienced as little disruption as possible whilst the work was being carried out.

Again, impressed with the way the our team conducted themselves and the quality of the work that they carried out in the common areas, Savills instructed us to carry out the refurbishment of two further vacated floors.

We have undertaken a rolling project of works, refurbishing each floor as its lease comes to an end and the tenants vacate, carrying out substantial refurbishment for Savills to re-present it to the letting market. The first three floors are already complete.

Our flexibility in carrying out the works to fit in with end of tenancies, rather than carrying out the refurbishment as one project which would have been simpler, worked excellently. It has enabled the landlord to refurbish the property and offer more desirable office space to the commercial letting market without requiring any existing businesses to relocate during the work.  Happy landlord, happy tenants.